Trees, can't live without them. We need them to produce oxygen, shade, and even furniture. Couch Potatoes is a furniture store that's partnering with a company called Sprout. For every $500 spent on our furniture, we will plant five trees. And not just any trees - these are mangrove trees that store more carbon than terrestrial forests.

Why are we doing this? Because we want to give back more than we take. Here are some reasons why we decided to do our part to leave the environment better than we found it.

It Runs In the Family

Couch Potatoes' co-owners, Brian and Travis Morgan, have a family history of tree planters. Their grandfather, Landon Daily, was a local man known as "Round Rock's Johnny Appleseed". Landon Daily featured in the newspaper.

Daily was born during the Depression, a time of scarcity in all aspects of life. His parents planted peach trees around the time he was born, and it was these very peach trees that provided him with food later on in life when he was starving. Daily became fond of trees, especially fruit trees, and dedicated his life to planting seeds wherever he went. Daily would also be seen riding around town on a bicycle, even to transport lawn equipment. This Round Rock native would fix kids' bikes for free and encourage as many people as he could to continue planting trees. We wish to continue Daily's legacy of planting trees and making a better world for those who follow. Daily on his bicycle, balancing other bikes on his handle bars.

The company we are partnering with, as mentioned above, is called Sprout. Sprout currently has plantations in 6 different countries and works to rebuild habitats that have been destroyed by deforestation. These countries are:

Our trees are going to be planted primarily in Madagascar (which we are very excited about). According to a journal article by Megan Clark, "Madagascar suffers from soil erosion, largely due to deforestation and harsh agricultural activities that degrade the land. Although the degradation of the land in Madagascar has been ongoing, there has been little governmental concern about it."

Of course, there are also thousands of species of animals in Madagascar, and deforestation can lead to their extinction. 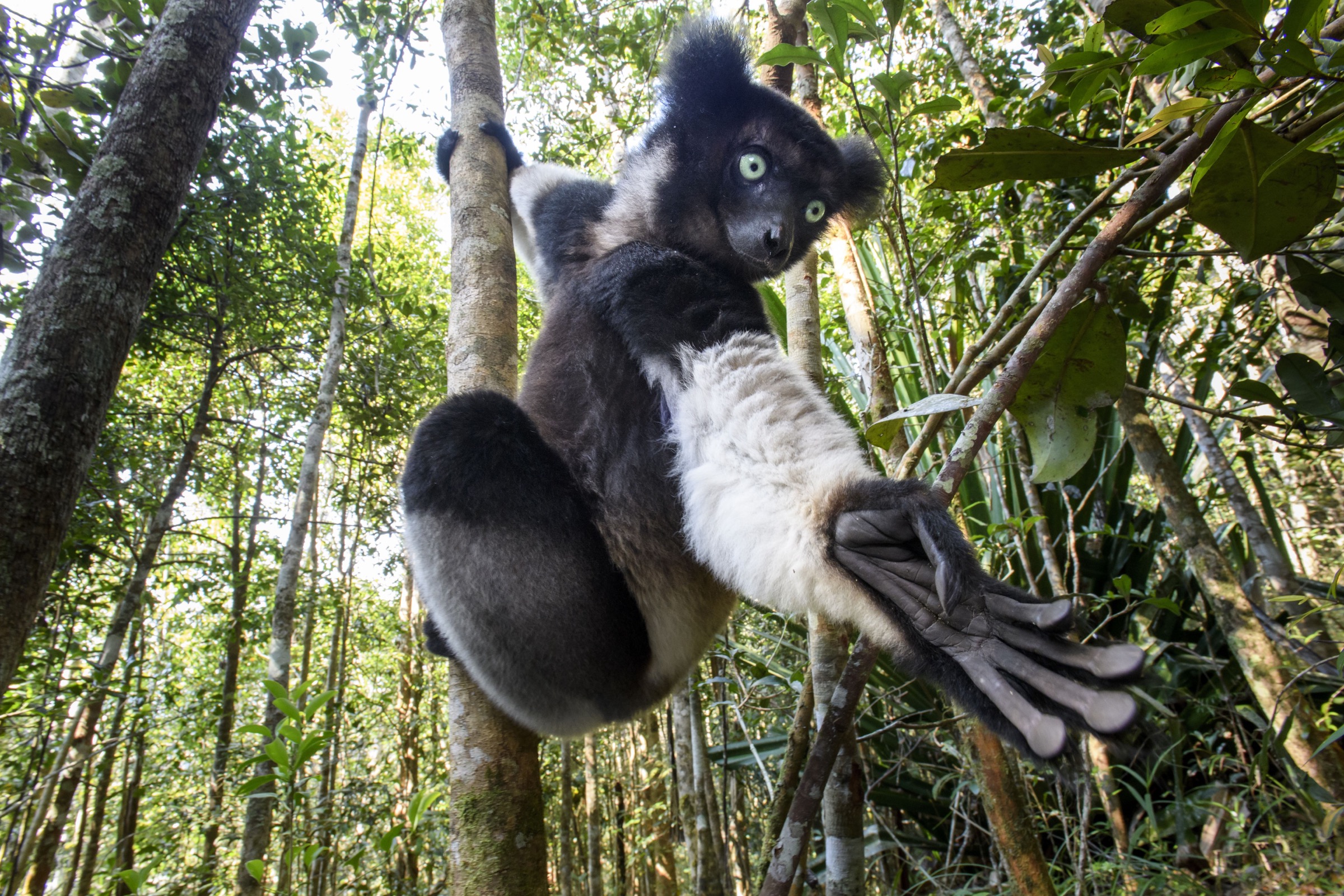 The Indri is a lemur that is only found in Madagascar. Photograph by Nick Garbutt

What Are Couches Made Out Of?

As you might guess, the frames of many couches are made from wood. Plywood is especially useful, as it is a cheaper wood with all the sturdiness and flexibility needed to make a dependable couch. Plywood is thin layers of wood veneers glued together in a rotating grain to promote strength and flexibility. The cross-grain of plywood makes it easier for nails or staples to attach the fabric or leather to the frame.

Imagine, the impact of planting 5 trees for every $500 spent at our store. We hope the amount will eventually catch up to the rate of deforestation and tip the scale in favor of a future of foliage.

The Importance of Giving Back

Couch Potatoes recognizes the horrific negative impact deforestation has in our world and the implication for its future. By planting 5 trees for every $500 spent we hope we can create a pattern of growth and prosperity. This is our way of giving back to the environment and we are hoping that other businesses will follow suit.

We can't just keep taking and taking from our planet without giving anything back to it. We are grateful for your support as we work to make a difference in the environment. Together, we can create a better future for our planet, one couch at a time!

Check out our stores in Central and South Austin. Buy a couch, plant some trees...it's a win-win situation.